This game was released on October 19, 2018 and is no longer available to pre-order. Any incentives that were offered are listed below.

Soulcalibur VI is a fighting game developed by Project Soul and published by Bandai Namco. It is a reboot of the series that takes place in the 16th century and retells the events of the original Soulcalibur. Unreal Engine 4 is utilized for the first time in the franchise, promising 4K visuals with beautiful 3D character models and stages.

The game includes a number of new and returning fighters, as well as guest character Geralt of Rivia from the Witcher series. There are some changes to the gameplay, most notably the introduction of Reversal Edge: a mechanic which, when timed right, allows the player to execute a counter-attack with one button press.

Soulcalibur VI is now available on GamerSaloon – Where Gamers Play for Real Money.

While there are no bonus DLC to be had by pre-ordering Soulcalibur VI, we spotted some special offers from retailers:

As usual, the physical bonuses are available while supplies last.

There also are two special editions detailed below. 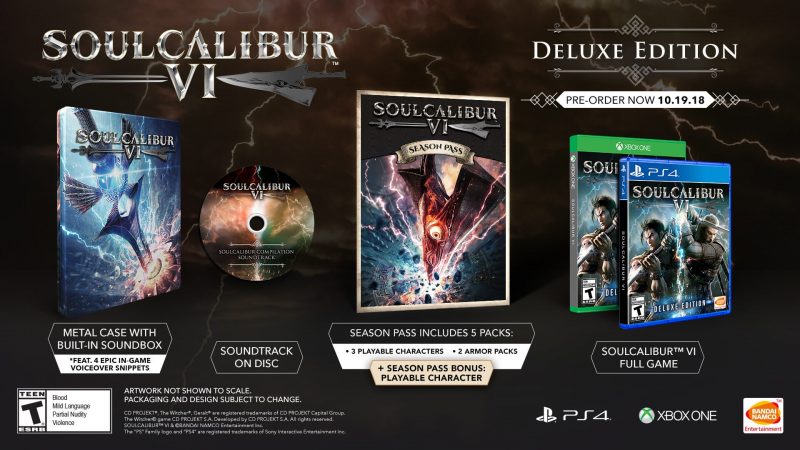 The digital version of this edition lacks all the physical goodies, but is in turn $10 cheaper. 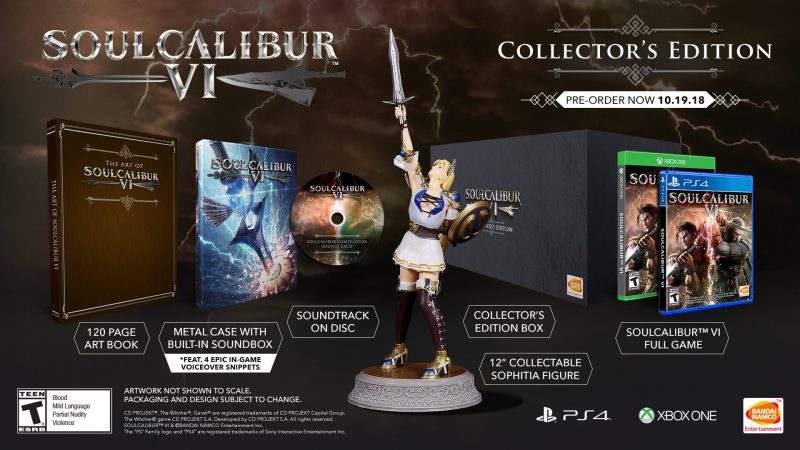