This game was released on April 26, 2019 and is no longer available to pre-order. Any incentives that were offered are listed below.

Developed by SIE Bend Studio and published by Sony, Days Gone is a third-person action-adventure game set in an open, post-apocalyptic world. After a global pandemic swept through the planet, millions of humans and animals were turned into Freakers – mindless feral creatures who attack any uninfected human on sight.

The player takes on the role of Deacon St. John, a former member of a bike club who took to working as a mercenary after the apocalypse. As a survivor, Deacon is adept at hand-to-hand combat, marksmanship, and stealth, and can utilize his diverse skills in any combination to achieve his goals. 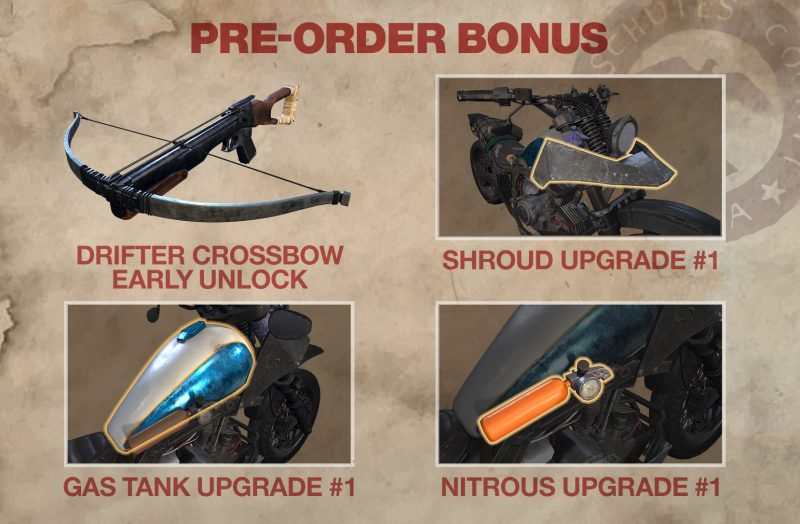 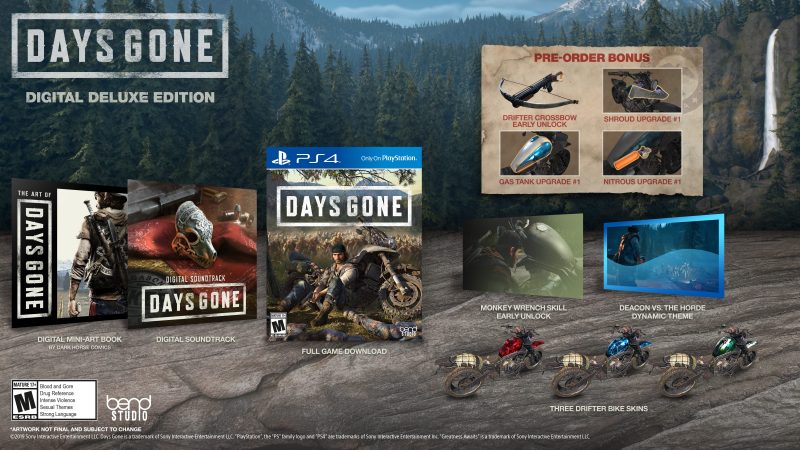 The Deluxe Edition is priced at $69.99 and offers additional digital content on top of the game itself: 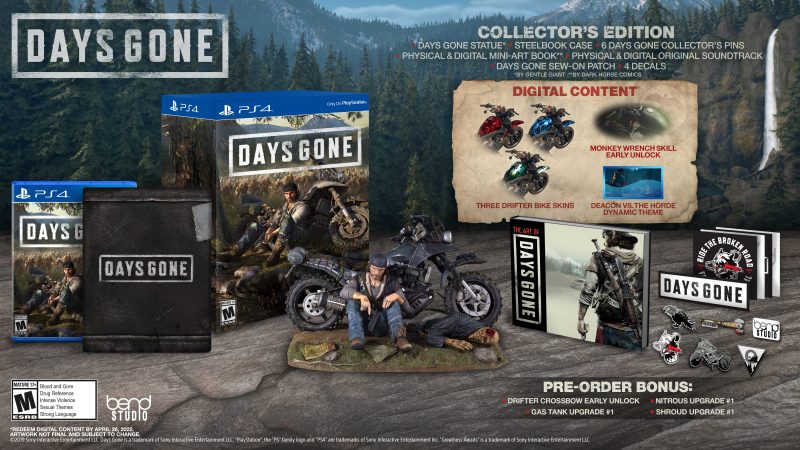 The Collector’s Edition contains all the digital content from the Deluxe Edition, plus a number of physical goodies:

Days Gone is scheduled to launch on April 26, 2019 exclusively for PlayStation 4.