This game was released on October 16, 2020 and is no longer available to pre-order. Any incentives that were offered are listed below.

NHL 21 is an upcoming installment in EA Sports’ ice hockey simulation franchise. The company promises smarter and faster gameplay, a new Be A Pro experience that allows everyone to live the life of an NHL player, and updated World of CHEL online mode with ranked seasons. The cover star of NHL 21 is Alexander Ovechkin of the Washington Capitals.

As with other EA Sports games, you have several editions to choose from with varying amounts of extra content. Let’s look at them in detail. Pre-order NHL 21 to receive a free playable NHL ’94 Rewind game when it launches on October 30. Inspired by the original NHL ’94 for Sega Genesis, the game combines modern teams and rosters with classic interface and 16-bit graphics of yesteryear.

Further bonuses are available from the following retailers (if you make a purchase through the links below, we may get a share of the sale): 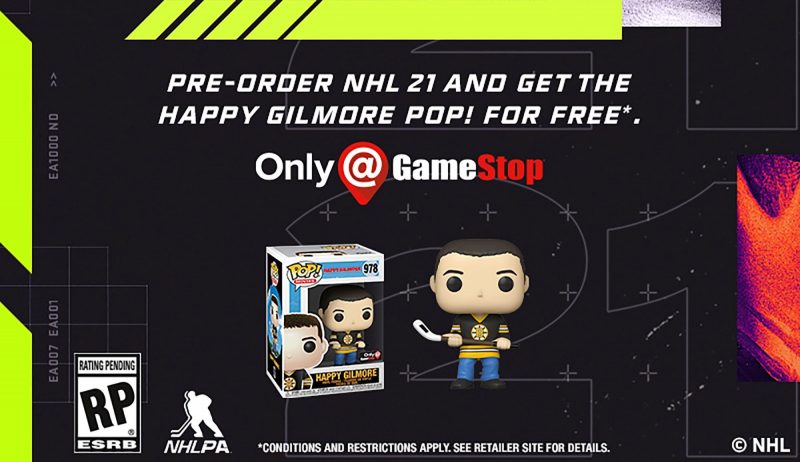 In addition to the pre-order incentives, longtime players of the series will receive a Veteran Bonus of up to 10 HUT loyalty reward packs based on their ownership of the past three EA Sports NHL installments. 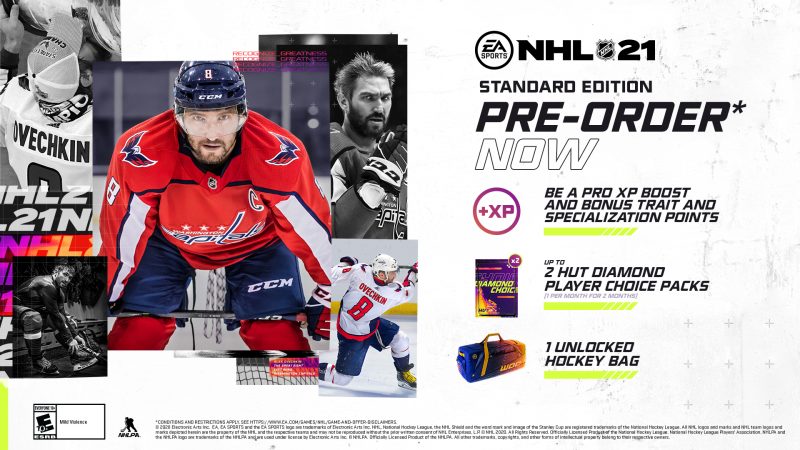 Pre-order the Standard Edition of NHL 21 to receive the following: 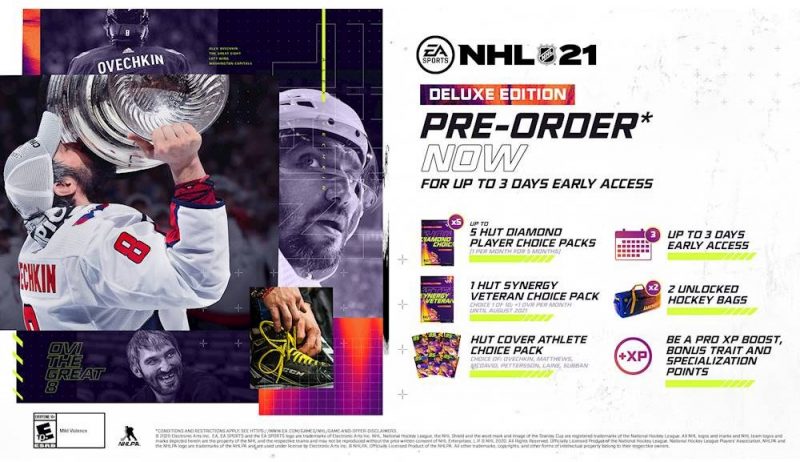 The Deluxe Edition is available with EA Access discounted to $71.99. 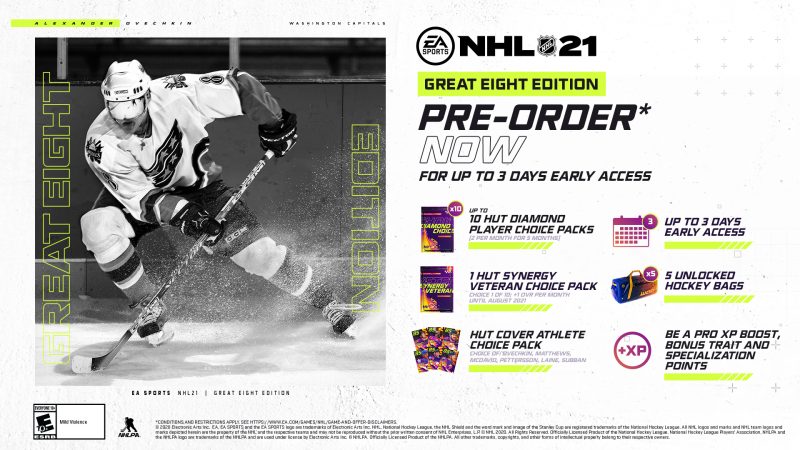 Last is the Great Eight Edition, previously called Ultimate Edition, that is available both physically and digitally for $99.99 (digitally for $89.99 with EA Access). For this hefty price you get the following:

NHL 21 is slated to launch on October 16, 2020 on Xbox One and PlayStation 4, with owners of Deluxe and Ultimate editions getting to play early on October 13. Notably, the game will not have a next-gen version, although it will be playable on PlayStation 5 and Xbox Series X via backward compatibility.