This game was released on November 12, 2020 and is no longer available to pre-order. Any incentives that were offered are listed below.

Godfall is a third-person “looter-slasher” action RPG developed by Counterplay Games and published by Gearbox. You play as the last Valorian knight, a mighty warrior able to control Valorplates: legendary armor sets that transform the wielder into an unstoppable master of melee combat. Your task is to climb the five elemental realms and challenge the mad god, Macros, who awaits at the top.

Godfall features an extensive loot system and Valorplate customization. You can play alone or join forces with up to two other players in a co-op at any point. To this end, the game requires an online internet connection at all times.

The standard edition of Godfall is priced at $69.99 on the PS5 and $59.99 on PC. There also are two special editions detailed below. 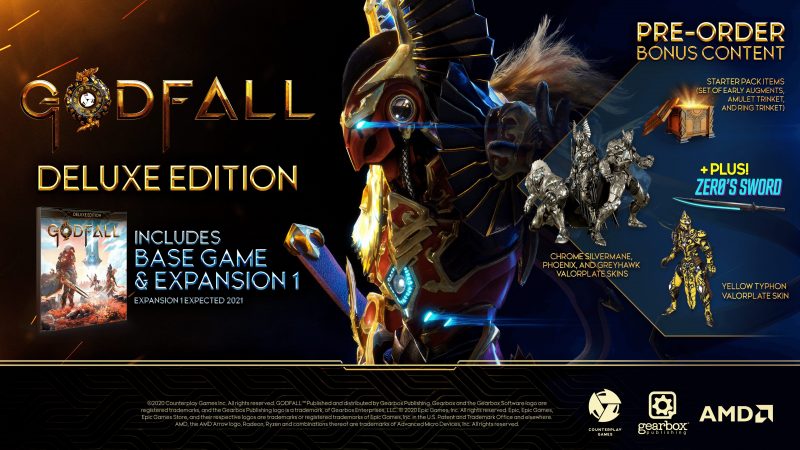 The Deluxe Edition of Godfall bundles the base game with the first expansion to be released in 2021. 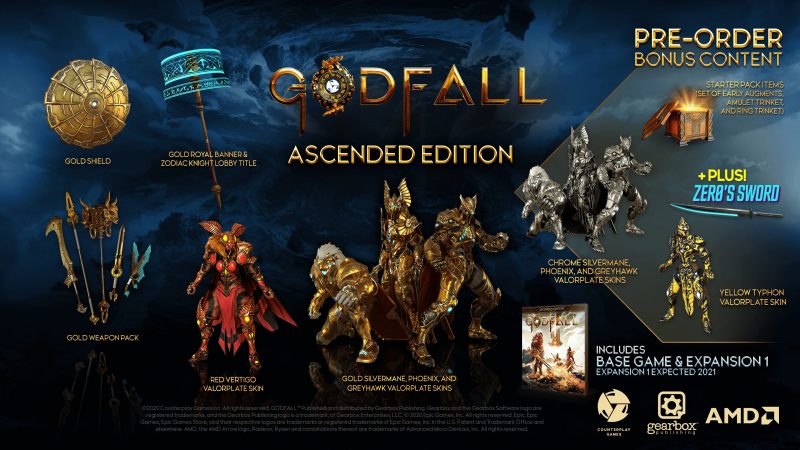 Lastly, the Ascended Edition includes the game itself, the expansion, and various gold-themed in-game goodies:

Godfall launches on November 12, 2020 exclusively on PlayStation 5 and PC via Epic Games Store.