This game was released on June 23, 2020 and is no longer available to pre-order. Any incentives that were offered are listed below.

Valorant has changed a bit since its release. New players might want to know where to start. Players who haven’t played in a while should brush up on their skills. Luckily, I have just the thing for you. This Valorant beginner’s guide will go over the basics and some general tips to follow.

By the time you are done with this guide, you will know exactly what Valorant has to offer. You can also be ready to start your first match. Everybody knows that reading guides aren’t going to do much unless you put in the time. So, read through this beginner’s guide and jump into some matches with actual players to learn advanced tactics.

Alright, let’s hop into it!

If you are a seasoned Counter-Strike: Global Offensive player, then Valorant will feel very similar. Valorant is a tactical competitive first-person shooter. Two teams consist of 5 players. The Attackers and the Defenders.

Attackers must work together to plant the Spike and protect it until it detonates. Alternatively, they can also kill all agents on the enemy team to win the round. Defenders must eliminate the enemy team or not let them plant the Spike before the round’s timer runs out. If the Spike is planted by the Attackers, then the Defenders will have a small amount of time to defuse the bomb. Defusing the bomb instantly wins the round.

There are other modes as well, but this is seen as the most competitive game mode. That is a quick rundown of what to expect out of Valorant, but there is still more that you need to know. For example, picking an Agent and knowing its strengths and weaknesses.

Choosing An Agent and Role

Picking an Agent is one of the most important decisions to make before the game starts. The Agent that you choose will also determine your role on the team. Each role and Agent will have a different playstyle. All of this is reflected in their abilities.

There are 4 roles that Agents belong to:

Duelist – The Duelist is the main damage dealer and attacker. Agents that are in the Duelist role usually have more offensive and damaging abilities.

Initiator – The Initiator is exactly that. They are meant to disrupt the enemy team so your team can push in and gain angles.

Sentinel – Sentinels are great at holding territory. Their abilities are a great way to debuff the enemy team or hold down an area with a turret.

Controller – Controllers are masters at controlling the map or an area.

So be sure to go to the Range and try out all the Agents before jumping into a real match. Get a feel for all their abilities, so you know what each ability does. Wasting an ability in Valorant can cost you a round or a match.

Along with those fancy abilities, players will need to also know what gun is best for each situation. Valorant has a decent arsenal of weapons. However, a player can only carry 1 secondary (sidearm) and 1 primary weapon. Weapons are purchased in between rounds with cash. Along with some abilities. Creds are earned after each round; the winning team is rewarded with more cash than the losing team.

There are various categories of guns to consider. Sidearm weapons are all pistols, except for the sawed-off shotgun. Primary weapons are split into 5 categories. Each category of gun serves a different purpose.

These are the following primary weapon categories:

Much like Counter-Strike it is important to know what to buy and when to buy it. Do you save creds for a higher tier weapon or buy this one now and hope to get more creds later? Buying weapons and abilities requires communicating with your teammates as well. You can buy items for your teammates as well, so be a team player.

Now that you understand Valorant, here are some beginner tips and strategies that you should familiarize yourself with. Once you master these, you will start to pick up on more advanced strategies the more you play.

This is true for every shooter. Jump into the Range and change your setting to your liking. Keep tweaking sensitivity, crosshair, and minimap setting until you think it is perfect.

Valorant is all about positioning. Learn all the angles and play on the corner of the walls for the best position. This will help you get a drop on the enemy while also providing some slight cover.

The team communicating the most is likely to win. Learn to call out enemy positions and abilities whenever possible. It is also to listen for enemy abilities or footsteps nearby. Using a nice pair of headphones is probably the best.

Valorant has a very quick time to kill and no respawns. Quickly going around a corner is going to get you killed. This will leave your team at a huge disadvantage. Take your time when moving from a position.

That’s all there is to it. As I stated earlier, Counter-Strike players should feel right at home. Valorant is a bit more unique thanks to the abilities of the Agents. If you follow this Valorant 2023 beginner’s guide you will be a lot more comfortable when joining a real match. The only true way to get better is to play against other players and learn from your losses. Good luck out there and I hope you found this guide helpful. 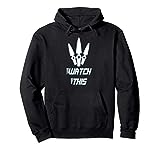