This game was released on October 29, 2020 and is no longer available to pre-order. Any incentives that were offered are listed below.

Watch Dogs Legion is an open-world action-adventure game from Ubisoft. Taking place in a dystopian near-future version of London that is swarming with surveillance drones and deportation squads, it involves recruiting ordinary people into the hacktivist group DedSec to take a stand against the authoritarian government and greedy corporations.

An ambitious system called Play as Anyone allows the player to recruit and play as any procedurally generated NPC – be they an old lady or a hulking gangster. Each recruit possesses their own unique backstory and skill set, and can be swapped between according to mission requirements. 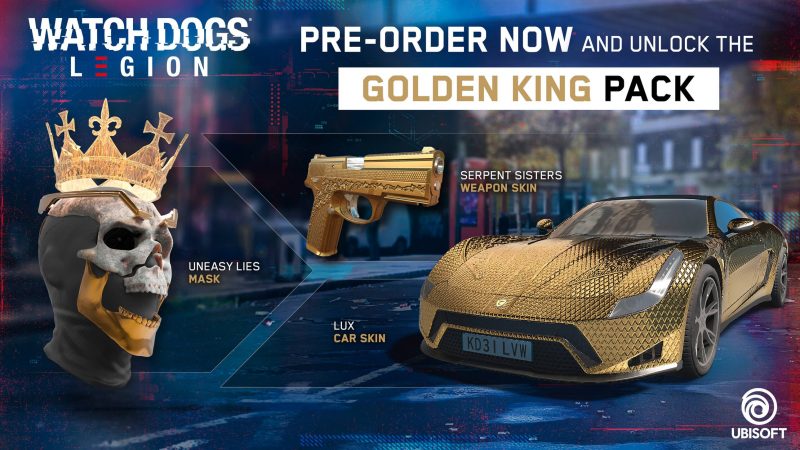 Further bonuses are available from the following retailers and digital storefronts:

The game’s numerous special editions are detailed below. 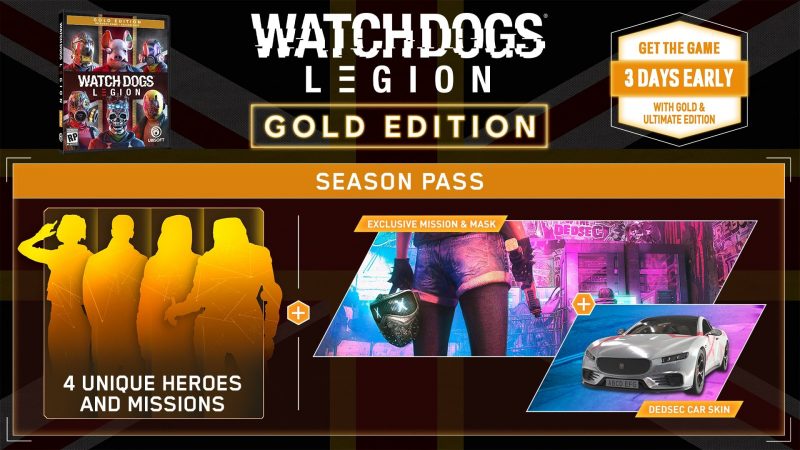 The Gold Edition of Watch Dogs Legion comes with the following extras: 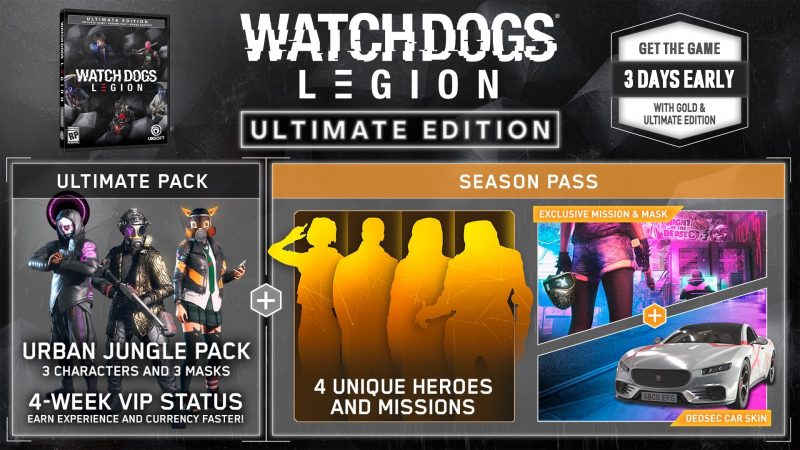 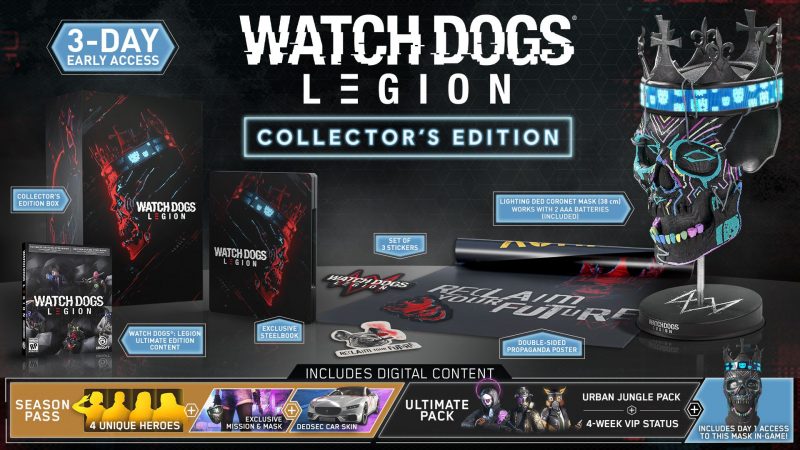 Watch Dogs Legion will launch on Xbox One, PlayStation 4, Windows PCs, and cloud gaming service Google Stadia on October 29, 2020, and on next-gen consoles on their respective release dates in November.